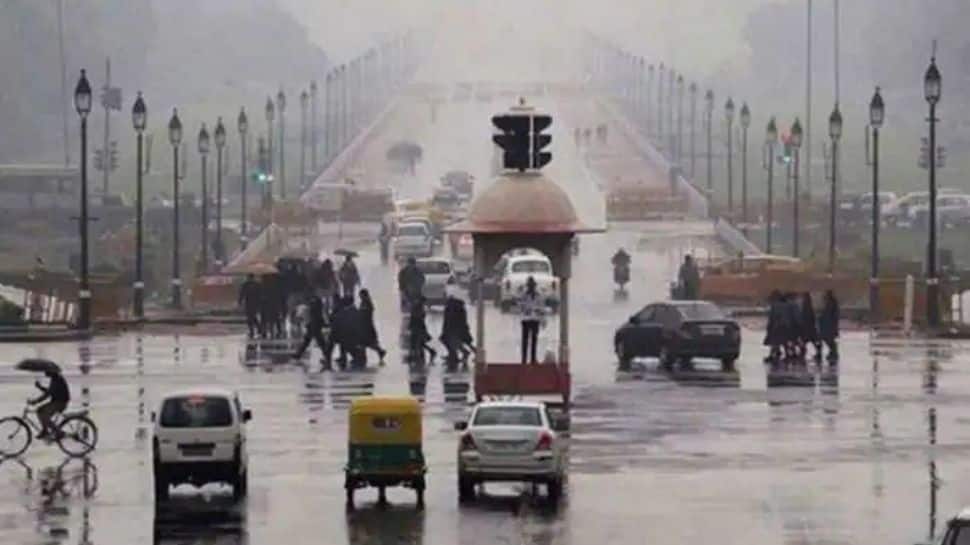 New Delhi: After witnessing the hottest day of this pre-monsoon season on Wednesday (June 9), Delhi breathed a sigh of relief as the first showers hit the city on Thursday.

Delhi witnessed a dust storm followed by rain on Thursday night, which brought a much-needed respite from the scorching heat.

As per IMD’s bulletin on Friday (June 11), thunderstorms with lightning and gusty winds at isolated places are expected over Delhi, Uttar Pradesh, Uttarakhand and Punjab for the next three days. The IMD has also forecast heavy rainfall over Delhi, Haryana and Uttar Pradesh on June 13.

Meanwhile, the Public Works Department (PWD) and the three Municipal Corporations (MCDs) are making preparations to prevent the national capital from waterlogging during the monsoon season by desilting (removal of silt and garbage) of drains. It will be completed before the onset of monsoon by month-end, PTI reported.

A senior official of the Delhi government’s PWD told the news agency that desilting of drains is “on track” and will be completed between June 20-25.

The PWD official informed that around 52-60 percent of desilting work has been completed so far and hoped the rest will be completed on time.

There are around 2,000 drains, spanning around 1,054 kilometres, which come under the PWD, the official said.

Last year, the pictures of vehicles stranded at waterlogged Minto bridge underpass where a delivery van driver drowned created a huge public outcry, while the ruling AAP and the BJP-controlled MCDs indulged in blame game.

(With input from agencies)

On March 1, Atlanta looked like it’d easily miss the postseason. Now the momentum is on the Hawks’ side. Read More | Source: ESPN…