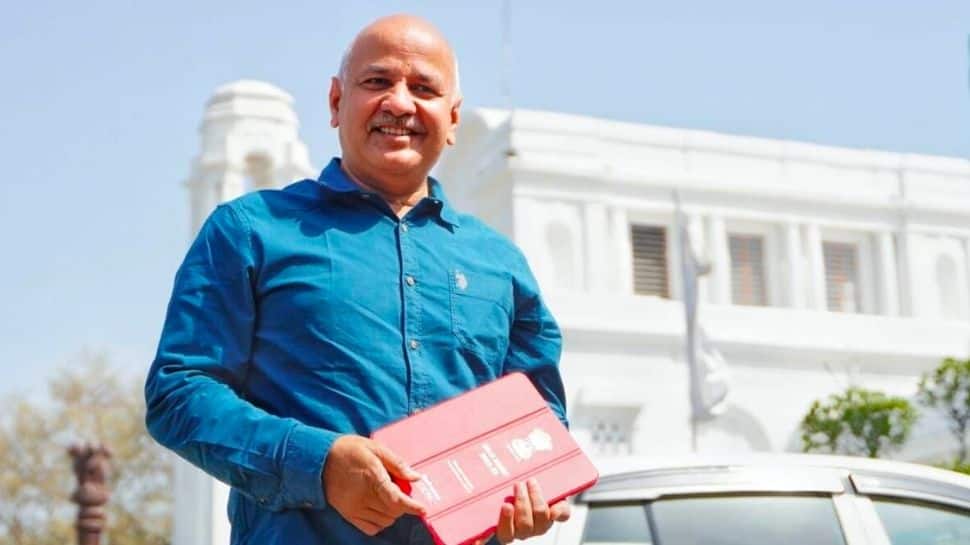 “Delhi’s economy is recovering gradually from the impact of Covid-19. The budget allocation for 2022-23 is Rs 75,800 crore,” Sisodia said in his budget speech.

Delhi Chief Minister Arvind Kejriwal said his government’s ‘Rozgar Budget’ will generate employment for the youth on a large scale. The budget has taken care of every section of Delhi, said Kejriwal.

“Many congratulations to Deputy Chief Minister and Finance Minister Manish Sisodia for presenting the ‘Rozgar Budget’ for Delhi. This budget will create employment on a large scale for the youth. Every section of Delhi has been taken care of in this budget,” Kejriwal said in a tweet in Hindi.

Sisodia said that the Delhi government has come up with schemes that will provide jobs, food, and increased opportunities in business to those who have lost their livelihoods during the Covid-19 pandemic.

Now I want to present the important section of our ‘Rozgar Budget’ containing 20 lakh new jobs. In this, I will put plans to take the economy of Delhi on the path of progress and generate lakhs of employment opportunities out of this progress.#DelhiBudget2022 pic.twitter.com/WTGrduYLkt

Sisodia said the 2022-23 budget is a “Rozgar Budget”. He also said the per capita income of Delhi is 2.7 per cent higher than the national average.

Delhi govt to set up electronic city to create 80,000 jobs

Manish Sisodia, in Delhi Assembly today, proposed to set up an electronic city in the national capital to create 80,000 jobs. The electronic city, which will come up at Baprola, will aim in boosting of employment opportunities in Delhi.

“We will set up an electronic city at Baprola in Delhi to create 80,000 jobs through electronics manufacturing,” Sisodia said in his budget speech. Sisodia said that this move will also attract IT companies to the national capital.

“We intend to build the electronic city to create jobs. We will also set up a 90-acre plug-and-play manufacturing centre to attract electronic companies to set up base in Delhi. The redevelopment of the non-conforming industrial areas will be done to create six lakh new jobs,” Sisodia said.

Over 1.78 lakh youngsters got employment in last 7 years, says Sisodia

The Delhi Finance Minister in his Budget speech in the Assembly highlighted that more than 1.78 lakh youngsters got employment in the last seven years in Delhi, and 51,307 of them got government jobs.

The private sector in Delhi generated more than 10 lakh jobs since COVID-19 broke out, Sisodia said in the Assembly. “I have brought an agenda for job creation and to give respite to people from impact of Covid-19,” he said. New start-up policies will be launched.

In the budget, the Delhi government has planned shopping festivals to promote the retail and wholesale markets in the city, seeking to transform these places into tourist destinations and create jobs to boost the economy.

Sisodia, in his budget speech, said goods of Delhi are considered reliable and trustworthy, and many people still shop from traditional wholesale and retail markets despite the presence of modern malls.

“Shopping at these conventional markets is considered a part of our traditional culture and ethos. Delhi has many famous markets, and we have planned to redevelop and modernise them so as to also make them attractive tourist destinations, aiming to create more jobs in the coming years,” he said.

Sisodia announced a budget of Rs 16,278 crore for the education sector, a part of which will go to building boarding schools for homeless children and a Science Museum in a city school.

“There have been initiatives to provide basic education to them (children) but they have been partly successful. We propose to set up a Boarding School for homeless children,” Sisodia said in his budget speech.

I propose a total outlay of ₹ 16,278 crore in the Education Sector for the financial year 2022-23. This includes ₹ 14,412 crore under revenue and ₹ 1,866 crore under capital expenditure#DelhiBudget2022 pic.twitter.com/nPxGKp081P

He also announced that the government will set up a School Science Museum in a Delhi school, and will also introduce its Business Blasters scheme in private schools.

Other details of Delhi budget

Delhi government has proposed an outlay of Rs 3250 Crore for electricity subsidy in the budget for the year 2022-23. The Government is committed to strengthen the road infrastructure in the city. “This year we propose a budget of ₹ 266 crore for the Environment & Forest Sector for the financial year 2022-23,” said Sisodia.

Workers who helped beautify Kartavya Path were declared ‘special guests’ this year but a few of them complained that they weren’t allowed to attend the parade due to the limited number of seats; the stretch was inaugurated in September last year  Read More | Source: The Hindu…

One of Australia’s most extraordinary private gardens is set to be reinvented as a luxury accommodation venture by celebrity gardener Jamie Durie. Read More | Source: Sydney Morning Herald…

In spite of the suspension of classes in Jamia Millia Islamia, all university offices, including departments, centres, and schools, will remain open. Read More | Source: DNA…