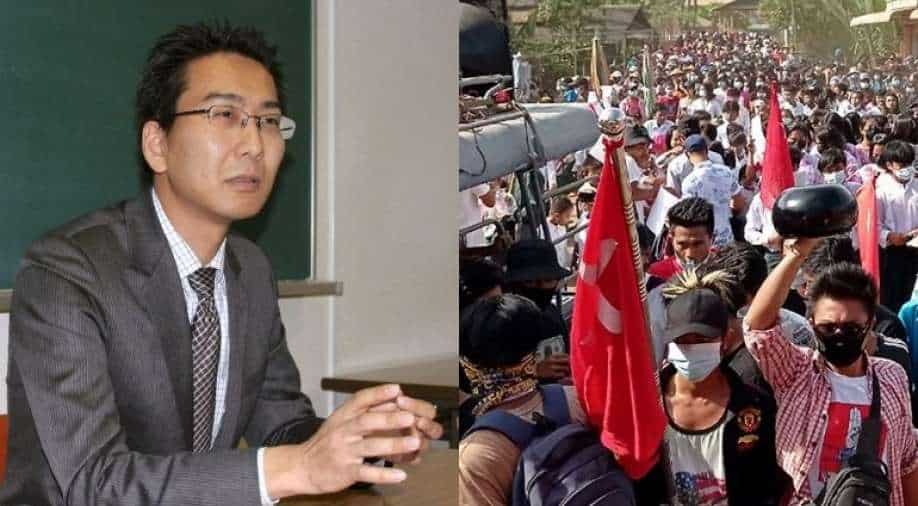 A Japanese journalist detained in Myanmar last month has been charged with spreading false news, an official at the Japanese embassy in Yangon said on Tuesday, amid a crackdown on media since the military seized power three months ago.

Yuki Kitazumi, who had been picked up from his home by troops and taken into custody on April 19, is the first foreign journalist to be charged since the military ousted the elected government of Nobel Laureate Aung San Suu Kyi.

Kitazumi, who was being held at Insein Prison in Yangon, has been charged under section 505A of the penal code, which criminalises comments that could cause fear or spread false news and is punishable by up to three years in jail.

The Myanmar authorities have not supplied information on the details of the alleged offences, said a Japanese embassy official, who declined to be named.

A spokesman for the junta did not respond to calls asking for comment.

Kitazumi runs a media production company, Yangon Media Professionals, and used to be a journalist with the Nikkei business daily, according to his Facebook page and interviews with online media.

He was arrested previously in February while covering protests against the February 1 coup but was released soon afterwards.

According to the Assistance Association for Political Prisoners activist group, 766 people have been killed by security forces since the coup and more than 3,600 remain in detention, including Suu Kyi.

Both the Japanese government and Japanese journalists have called for his release.