Nearly 13 per cent of the patients who have succumbed to Covid-19 in the Chandigarh tricity since the outbreak of the pandemic in March-April last year were below 45, the age-wise fatality figures show. Amid demands to open vaccination to all, the high percentage of those vulnerable but not eligible for the jab runs contrary to the Centre’s contention that for now, it wants to inoculate “those who require it”, not those who “want it”. 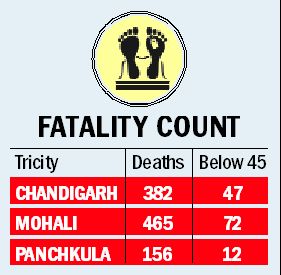 In the second wave, since February this year, more than 40 per cent of those infected with coronavirus in the tricity fall in the age group of 20 to 40 years.

Of the 382 Covid deaths in Chandigarh till now, 47 victims were below 45. The fatality figure for Mohali in the same age category was 72 out of the total 465. In Panchkula, of the 156 deaths reported so far, 12 victims were aged below 45.

Dr JA Jayalal, president of the Indian Medical Association, says people below 45 “are super spreaders, which is why they should be targeted for vaccination”. The constraint, he adds, is that if inoculation is opened across age groups, the vaccine requirement per month will go up to 15 crore, which is far above the monthly production capacity.

The answer, according to him, could be allowing more vaccines in the country.

According to Dr Rajesh Kumar, former Head of Community Medicine and School of Public Health, PGI, many people below 45 years with comorbidities have succumbed to Covid. “The government should open vaccination for all age groups so that the severity of the disease and hospitalisation goes down. There is circumstantial evidence in some countries of a substantial population being vaccinated and the infection rate declining. However, more evidence is needed to be certain of a vaccine’s role in breaking the transmission.”

In the second wave, since February this year, more than 40 per cent of the infected in the tricity fall in the age group of 20 to 40 years. 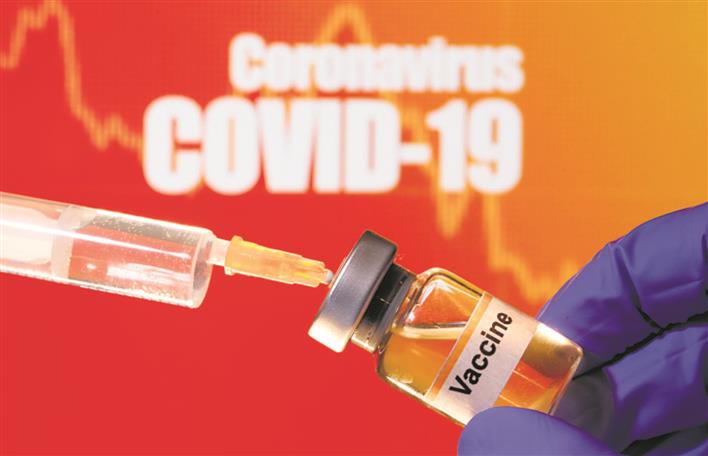 West Bengal Chief Minister Mamata Banerjee on Wednesday sharpened her attack on the prime minister over the resurgence of Covid-19, terming it a “Modi-made disaster” and demanded that he quit if unable to provide adequate medical supplies to combat the disease. She alleged that 65 per cent of the drugs…

The former CEO of Reddit speaks up about the discrimination she has faced in her career and urges companies to take another look at how inclusive their workplaces really are.

A Columbus, Ohio, police officer shot and killed a Black teenage girl after she allegedly attempted to cut two females with a knife, according to officials and body camera footage. The bodycam footage has been put in slow motion and blurred by the Columbus Division of Police.
…