The suspension comes after her series of tweets on Bengal violence. 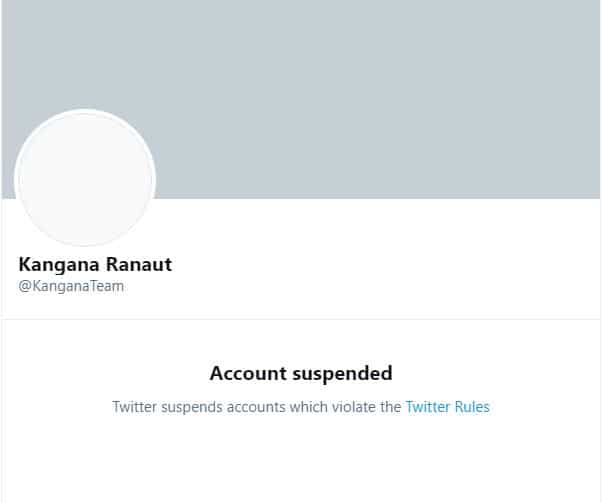 Twitter Spokesperson to WION on suspension of Kangana Ranaut’s account: “We’ve been clear that we will take strong enforcement action on behavior that has the potential to lead to offline harm. The referenced account has been permanently suspended for repeated violations of Twitter Rules specifically our Hateful Conduct policy and Abusive Behaviour policy. We enforce the Twitter Rules judiciously and impartially for everyone on our service.”

Kangana has often tweeted unverified and controversial claims on her verified Twitter handle.

(With inputs from agencies)