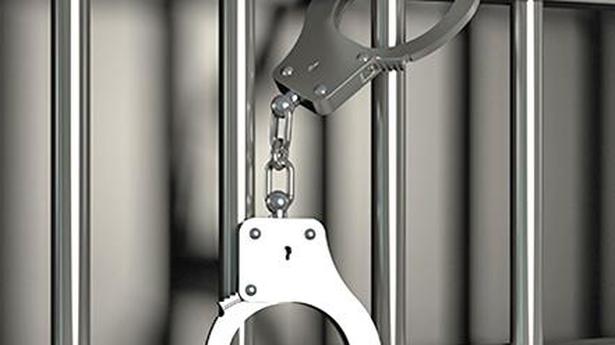 Man accused of restraining, raping woman in an apartment in Marine Drive in Kochi

The Ernakulam Central police on Thursday arrested three persons on the charge of helping Martin Joseph, accused of restraining and raping a woman in an apartment in Marine Drive here earlier this year.

The arrested were identified as Dhanesh, 29, Sreeragh, 27, and John Joy, 28. All three were arrested from Mundoor in Thrissur on Wednesday night.

They have been accused of helping the accused to flee the law and arranging him hideouts. Dhanesh allegedly helped Martin to flee an apartment in Thrikkakara where he was hiding and move to Thrissur just before the police reached there in the early morning hours two days ago. CCTV footage have emerged of Martin leaving the apartment.

The other two are charged with arranging him hideouts and food. The police are looking at three more accused in connection with the case. Martin is said to hold much clout over the youngsters from impoverished backgrounds in the area and used to lavish money on them reportedly from his stock market dealings.

Meanwhile, another woman lodged a petition with the Vanitha (women) police station in the city accusing Martin of assaulting her and forcibly taking refuge in her apartment. A separate case has been registered against him IPC Section 354 (assault or criminal force to woman with intent to outrage her modesty).

Martin hailing from Thrissur and settled in the city had been absconding ever since the Central police registered a case against him on the woman’s petition. The police have issued a lookout circular against him to stop him from fleeing the State through airports.

The police said that the accused and the victim had been in a live-in relation for over a year before the former allegedly turned abusive in February this year. The victim hailing from Kannur and settled in Ernakulam as part of work managed to flee the rented apartment when the accused had gone to fetch food one day. However, she lodged a police petition only on April 8, a month after she had escaped from the alleged torturous life.

The accused had also usurped ₹5 lakh from the woman allegedly for investing in the stock market.

Meanwhile, the Kerala High Court is set to hear the anticipatory bail petition filed by the accused on Friday.