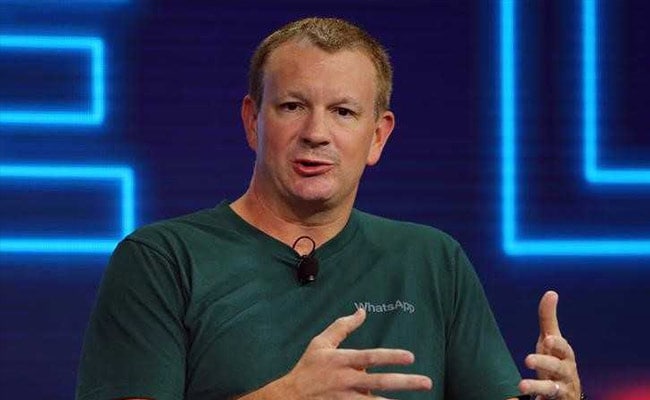 Messaging app Signal has seen “unprecedented” growth following a controversial change in rival WhatsApp’s privacy terms and is looking to hire more staff as it seeks to bolster the service and supporting infrastructure, the head of its controlling foundation said on Wednesday.

Along with another encrypted app, Telegram, Signal has been the main beneficiary of online outrage around the changes announced last week, which require WhatsApp users to share their data with both Facebook and Instagram.

Brian Acton, who co-founded WhatsApp before selling it to Facebook and then co-founding the Signal Foundation, declined to give equivalent data for Signal but said that the expansion in recent days had been “vertical”.

“We’ve seen unprecedented growth this past week,” Acton said in an email to Reuters. “It’s safe to say that because of this record growth, we’re even more interested in finding talented people.”

He also said Signal was working to improve its video and group chat functions, allowing it to compete better with WhatsApp, Microsoft Teams, and other conferencing apps that have become vital to day-to-day life over the past year.

Privacy advocates have jumped on the WhatsApp changes, pointing to what they say is Facebook’s poor track record of supporting consumers’ interests when handling their data, with many suggesting users migrate to other platforms.

The non-profit Signal Foundation based in Silicon Valley, which currently oversees the app, was launched in February 2018 with Acton providing initial funding of $50 million (roughly Rs. 360 crores).

It has existed on donations since, with Tesla Chief Executive Officer Elon Musk among supporters, and Acton said there were no plans to seek different sources of funding.

“Millions of people value privacy enough to sustain it, and we’re trying to demonstrate that there is an alternative to the ad-based business models that exploit user privacy,” Acton said, adding donations were “pouring in”.

What will be the most exciting tech launch of 2021? We discussed this on Orbital, our weekly technology podcast, which you can subscribe to via Apple Podcasts, Google Podcasts, or RSS, download the episode, or just hit the play button below.

Bharat Biotech working on intranasal vaccine for Covid-19: All you need to know Read More | Source: THE TIMES OF INDIA…

Foot-march to Parliament on Feb 1 postponed due to tractor rally violence: BKU leader Read More | Source: THE TIMES OF INDIA…

The Enforcement Directorate (ED) has arrested Yes Bank’s former Chairman Rana Kapoor in an alleged money-laundering case pertaining to the probe in a HDIL group company, official sources said on Wednesday. Currently in jail in the DHFL case, Kapoor – who has been sent to ED custody till January 30…

The protesting farmer leaders have postponed their foot march to Parliament on February 1 against the three farm laws in the wake of violence in tha national capital during the tractor parade on Republic Day. Swaraj India President Yogendra Yadav said he was apologetic, but the agitation would continue.  …

Acting tough on the widespread violence during the farmers' tractor parade on Republic Day, Delhi Police Commissioner SN Srivastava on Wednesday assured the strictest possible action against rioters who indulged in violence. He said that farmer leaders "betrayed" the agreement and were involved in the violence themselves.  Read More |…

Ahead of the Union Budget presentation 2021-2022 on February 1, the Economic Survey 2020-21 will be presented in Parliament on January 29. As the budget date nears, volatility in Indias key stock markets are set to flare up as investors bet big expecting the government to deliver policy reforms, sops…

India's national capital was bombarded with violence on Tuesday when farmers protesting against the new Agri laws went berserk. The tractor parade dissolved into anarchy on the streets of Delhi as thousands of protesters broke through barriers, fought with the police, overturned vehicles, and hoisted a religious flag from the…

Cute panda alert! Since the Smithsonian’s National Zoo is closed to visitors due to Covid-19, the staff brought its newest panda cub to the people with his first live virtual encounter. The cub, who is sweet on sweet potatoes, ate them throughout his debut. CNN’s Jeanne Moos has more.
…

CNN’s Erin Burnett wonders how House Republicans could remain silent over Rep. Marjorie Taylor Greene’s (R-GA) past comments supporting the execution of prominent Democrats and others about the Parkland school shooting. Rep. Greene was recently given a seat on the House Committee on Education and Labor.

Discovery+ launched in a competitive streaming market. David Zaslav, Discovery President & CEO, explains why its streaming service acts as a complement to established brands such as Netflix and Disney+.